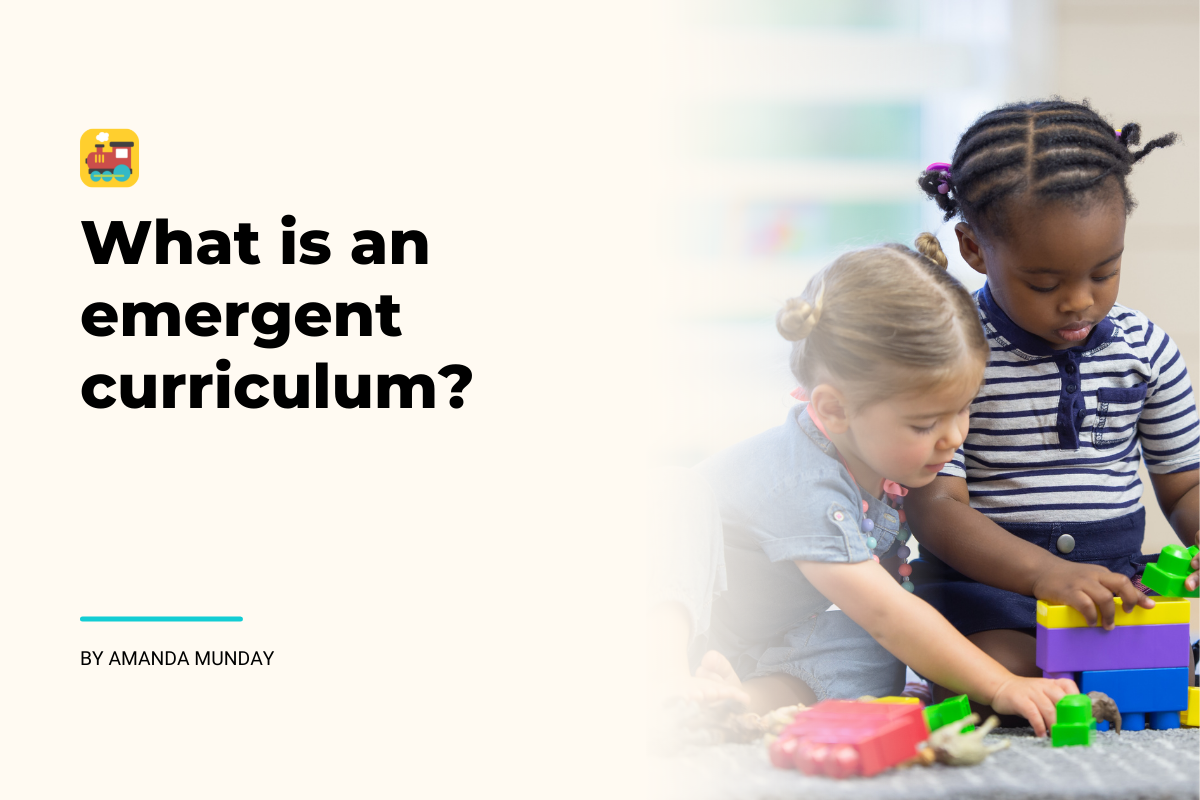 As a philosophy of teaching, emergent curriculum is a way of planning curriculum in response to children’s interests to create meaningful learning experiences. Activities and projects are planned by educators to match the skills, interests and unique needs of the specific children they are working with.

In a childcare facility making use of the emergent curriculum philosophy, you might see several classrooms side by side participating in different activities that reflect the varying abilities and interests of the children within each of those classrooms. For example, in one area you may see children retelling their favorite story; in another, you might find children writing invitations to an upcoming event at the center. Whatever the task, the goal is to engage children in a collaborative activity that is of deep interest to them so they can learn through exploration.

What is emergent curriculum in Early Childhood Education?

Applying emergent curriculum to an early childhood education center is a process that requires an understanding of the individual children in your care as well as the group as a whole. As a teacher, your role is to carefully observe and listen to children as they play, determine their areas of interest, then develop a plan or curriculum to direct their learning which reflects these interests.

The emergent curriculum approach allows early childhood educators to gain greater insight into the needs of each individual child, allowing for thoughtful and customized programming. The flexible and open-ended nature of emergent curriculum lets children and educators alike explore, answer questions and guide learning in a way that evolves over time.

If you are looking to incorporate the principles of emergent curriculum into your childcare facility, you must start by being open to what children are doing, saying and thinking.

The curriculum you develop is meant to be a loose framework, initiated by the children, which will guide various learning activities. As an educator, you will take on the role of facilitator, observing how children play and listening to what they say. Using these observations, you will plan activities to build upon their learning, providing them the opportunity to discover more and dig deeper. Your emergent curriculum must be flexible and cannot be planned far in advance. Instead, your program should be constantly developing in response to what children are most curious about.

Looking for a way to effectively plan your curriculum and activities? HiMama offers a convenient and simple way to document your observations, reflect upon them and plan activities based on your findings. If you would like a demo of our innovative childcare software to discover how it can be used as part of your emergent curriculum approach, contact us today!