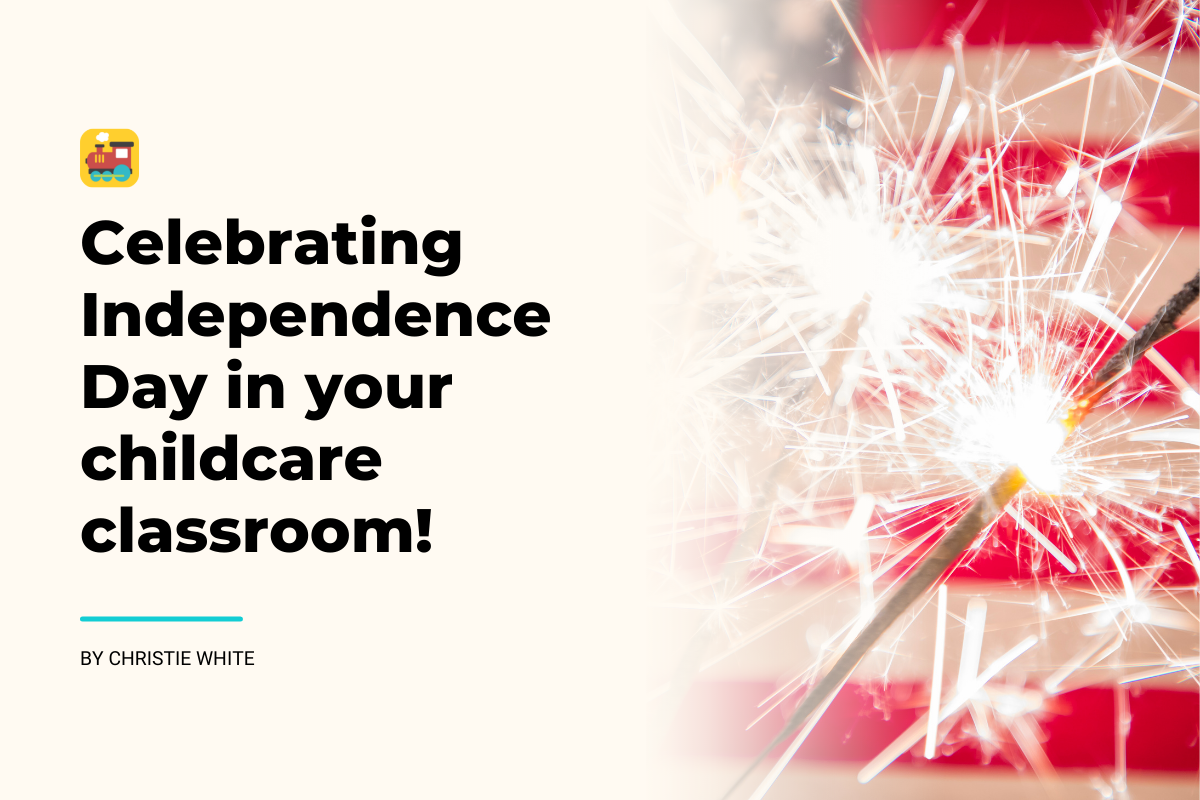 On July 4, 1776, during the American Revolution, the Declaration of Independence was signed and approved by the Continental Congress, proclaiming the legal separation of the original thirteen colonies from Great Britain – making them free and independent states.

How to explain Independence Day to young children

The best way to explain Independence Day to preschoolers is to use a visual such as an American flag. Discuss that the flag is a symbol. The stripes on the flag represent the 13 colonies that declared independence and the stars represent the 50 united states.

This easy art activity will keep kids entertained and allow them to explore coloring and mixing while practicing fine motor skills. You can even make it shine! Add some texture to this activity with glitter! Sprinkle some on top of the paint when it’s still wet to add some depth to the paintings.

Children can explore their creativity by making headbands with their favorite fireworks pattern on them!

Have the children sing a traditional patriotic song by George Cohan.

Children jump high and move their hands high like fireworks. This activity is perfect for infants, and toddlers. It encourages physical movement, social-emotional development, and math skills.

Children work together to create a red, white, and blue mural to decorate their classroom. This encourages creative art skills.

Teaching children about Independence Day allows them to learn more about the country they call home and its history. It also encourages them to continue their learning at home as they celebrate with friends and family over a long weekend!