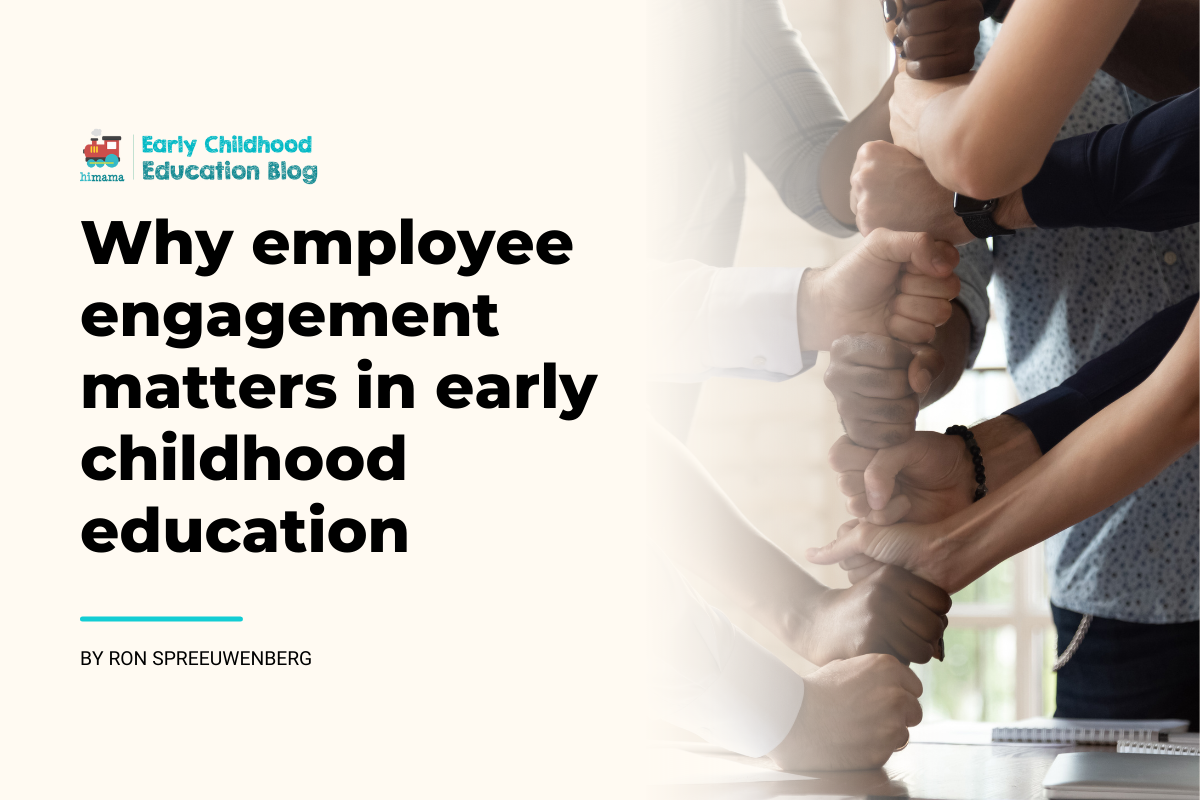 Do you think wages are the number one reason for employee dissatisfaction and turnover in childcare and early childhood education? Think again…

Each year, HiMama releases a Childcare Benchmark Report that provides information to leaders in early childhood education to measure performance relative to their peer group. Some examples of information provided in the report include center capacity, occupancy rate, age group segmentation, price points, employee salaries and education levels, financial performance ratios, subsidized childcare funding, as well as an outlook for the year, among other key operational and performance metrics.

One factor in the reported labor risk and high turnover in childcare is the limited monetary opportunity in the field. The mean annual wage for childcare workers in 2016 reported by the U.S. Bureau of Labor Statistics was $22,930 USD. However, upon further analysis, it does not look as though wages are the primary driver of the recruitment and retention woes plaguing the childcare sector.

Let’s look at what makes people happy in their jobs generally. According to an article from Fortune coming out of Fortune’s list of the Best Companies To Work For, they identified five science-backed attributes that make people happy at their jobs.

If you think about yourself and what makes you happy or unhappy in your job, I would bet that these five attributes resonate with you. The general theme here is that people want to work in a place where they are given the opportunity to make a difference in the work that they do every day, and with people that they have genuine relationships with – real friends.

Now let’s look at childcare and early childhood education more specifically. In the absence of conducting significant primary research, we can gain some insightful information from the website, Glassdoor. Glassdoor is a website where employers have profiles with job listings, company reviews, CEO approval ratings, salary reports, and interview reviews. Employees can rate their overall experience working for employers on a scale of 1 (dissatisfied) to 5 (very satisfied), with 3 being ‘OK’. There are millions of company reviews on Glassdoor.

The average company rating on Glassdoor is 3.3

The average childcare company rating on Glassdoor is 2.8

That is a significant difference on a relative basis. Also, on an absolute basis, employees for the majority of these childcare companies are saying, on average, that their overall experience working with the company is less than ‘OK’. That is concerning. Only 4 organizations of the 13 that were included in the review had a rating greater than 3, the ‘OK’ threshold. Here is a full breakdown of the average Glassdoor ratings.*

So why do childcare companies have a lower rating from employees, on average, than the complete base of companies on Glassdoor? A deeper analysis of employee reviews on Glassdoor over the last year sheds light on this question as well. For the companies referenced above we analyzed whether employees had generally positive or negative things to say about their employer across the 6 categories below:

Here are the results based on our analysis:

#1 Pro – Children & Families: 41% of employee reviews referenced a “pro” of their role as working with parents to help raise their children during their formative years of development. I think this really speaks to why people in the field of childcare and early childhood education are there in the first place; this is their passion.

#1 Con – Leadership & Culture: 47% of employee reviews referenced a “con” of their role as their satisfaction level with leadership and culture at their organization. Note that wages is a significant con and the number two most referenced con, but it is not number one. The top issue that employees have with their childcare employer is related to leadership and culture.

So there you have it. As far as this analysis is concerned, financial resources are not the root cause of employee turnover and general dissatisfaction in childcare organizations. It is an issue of leadership and culture.

* Glassdoor ratings are from childcare companies with a minimum of 50 reviews as of April 19, 2017