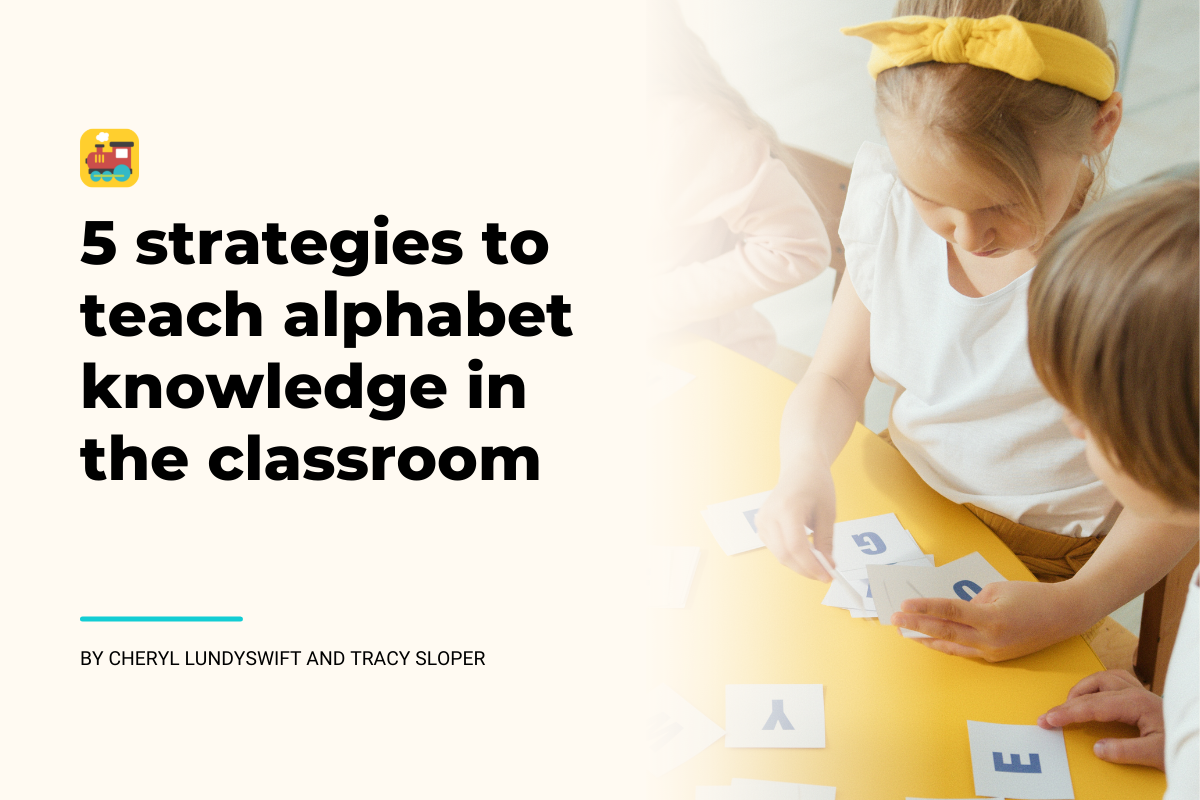 In our recent special 100th episode of our HiMama Helps Webinars, we welcomed Cheryl LundySwift and Tracy Sloper from Learning Without Tears! Cheryl and Tracy walked us through five strategies for how we can incorporate learning letters and letter sounds into our classrooms to enhance phonological awareness in young children. They explained how to differentiate this learning to accommodate the needs of all learners, and as always shared tangible resources to engage children in the classroom!

Watch the webinar that inspired this blog post here!

What is alphabet knowledge?

Alphabet knowledge is children’s knowledge of letter names, letter sounds, and letter formation. It is one of the best predictors of later reading and spelling abilities.

Regardless of their varied experiences with letters, it is critically important that children learn each letter name for capital letters and lowercase letters. They must also know the form or shape of the letter as well as the sound the letter represents.

Children should work towards being able to:

Alphabet knowledge, also referred to as letter knowledge, is an important early literacy skill. Essentially, we want children to be able to visually discriminate letters. For example, they should know that capital E has 3 little lines and capital F has only two. They should also be able to recognize and name both capital and lowercase letters. In addition, we want children to be able to say the sounds that letters represent and know how to build or write letters.​

Even if children are not ready to write their letters, it is important for them to learn the proper sequence to build a letter with wood pieces or dough. Building letters first will lead to greater success in knowing how to form or write letters later. ​

When it comes to alphabet knowledge, we want children to see a letter and be able to quickly identify the letter, the letter sound, and know how to form it.

Now that we have a common understanding of what alphabet knowledge is, it is important to understand that introducing children to letters can really be a paradigm shift for them. Let me explain what I mean.​

Before a child is introduced to letters, they do not realize that there are symbols that represent our spoken words.  And they certainly do NOT know that those symbols must look a certain way or be oriented in a specific way.

The dog in the image above is a dog regardless of whether or not it is standing up, sitting down, or on its’ back. The dog keeps its identity regardless of its orientation. ​But when we introduce letters, that thinking changes.​

And if you flip the lowercase d upside down…​ it turns to a lowercase p!

Just knowing that children have a lot to learn about letters is a great start, but how do we teach letters so that children are able to name them, say their sounds, and build or write them without thoroughly confusing them. ​

To support children in learning alphabet knowledge, we suggest that you focus on these five areas:​

We know that alphabet knowledge is a predictor of early reading success and many other positive outcomes later in life. Be sure to focus on the learning outcomes we discussed with your children and do not forget to share your successes and learning opportunities!

Watch the webinar that inspired this blog post here!

Want to learn more about important topics in early education such as hiring and retaining educators? Sign up for the next webinar below, it is FREE! Even if you can’t join live, you will be emailed the recording and slides just for registering!

Register for our upcoming webinar HERE!