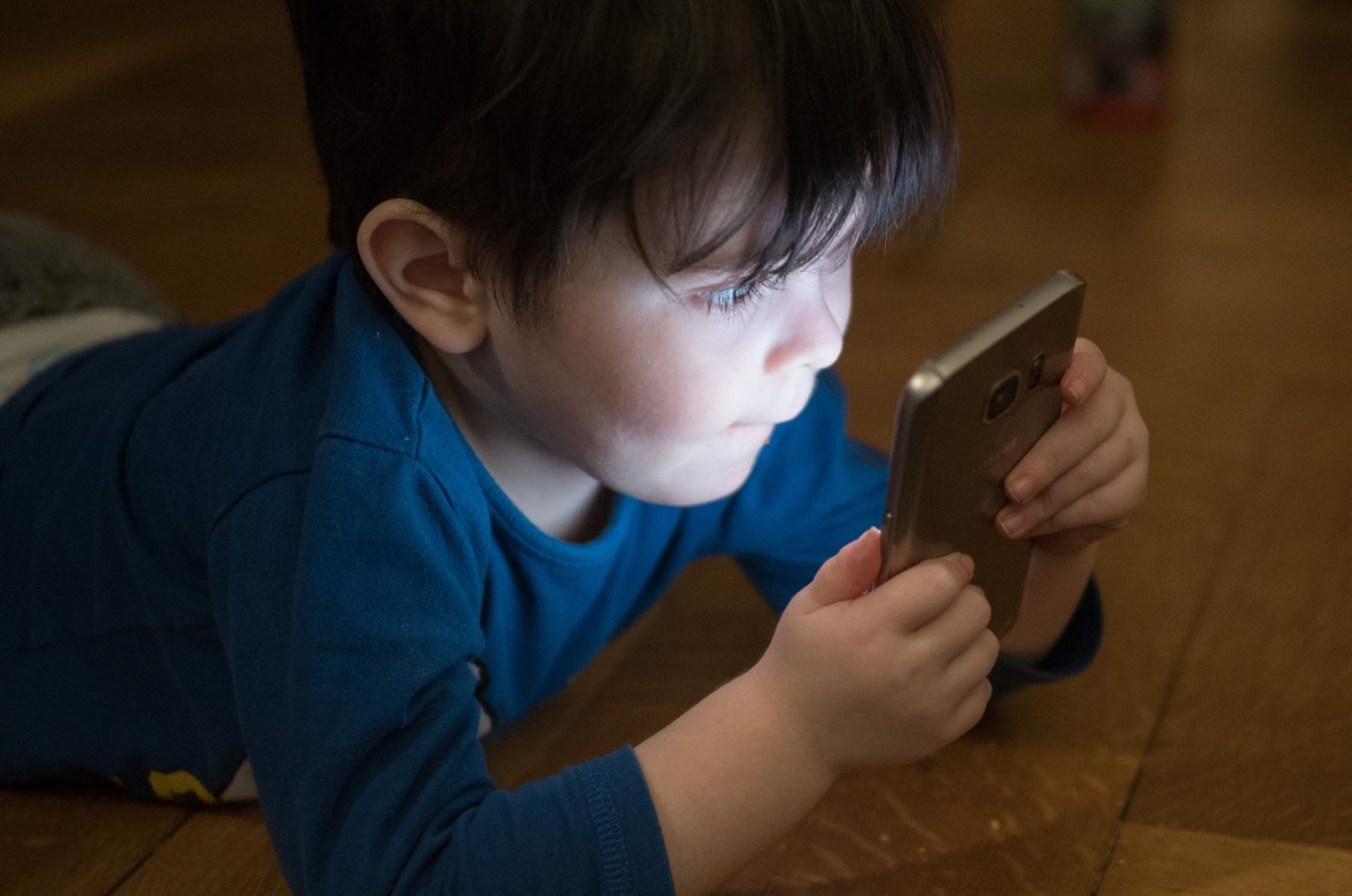 Screen time is one of the most divisive topics when it comes to early childhood. On one side, you have supporters who believe that children can use computers, phones and tablets as educational devices and as a way to stay connected with loved ones from a distance; on the other, these devices should be avoided at all cost, or else children will just want to sit with their eyes locked on their screens all day long.

As the New York Times writes, the screen time debate has taken a backseat as all of us who are stuck at home — including children — have been using screens more and more to stay connected with friends and loved ones. As the days, weeks and months drag on, children want to see their friends and grandparents want to see their grandchildren — some of whom they may even be meeting for the first time through a video call!

By now, even the strongest critics of screen time have likely made some exceptions so that their children can stay connected with friends, family and teachers. But even though these are unprecedented times and exceptions are being made, it is still important to consider: how much screen time is too much?

The WHO has issued guidelines on physical activity, sedentary behavior and sleep for children under 5 years of age, where it stresses the importance of keeping children active as much as possible and limiting the time that they spend restrained or inactive.

Regarding screens, the following guidelines have been issued:

These guidelines are intended to help children achieve the right amount of physical activity and sleep in order to grow up as healthy as possible.

As the article explains, “the pattern of overall 24-hour activity is key: replacing prolonged restrained or sedentary screen time with more active play, while making sure young children get enough good-quality sleep. Quality sedentary time spent in interactive non-screen-based activities with a caregiver, such as reading, storytelling, singing and puzzles, is very important for child development.”

Following the WHO’s recommendations, screen time should be discouraged so that children can spend more time exploring their physical environments to keep their bodies and minds active throughout the day.

However, many have criticized the WHO guidelines for being too general and not considering what is actually happening on the screen.

When looking at the nature of what is happening on-screen, usage can be grouped into two general categories: passive and active.

Passive screen time involves absorbing information from a screen with little participation, such as:

Active screen time involves cognitive engagement with a device, including:

Most educators and parents would agree that excessive passive screen time should be avoided in early childhood, but things get a little more complicated when it comes to active screen time — especially in light of social distancing when parents need to juggle working from home while keeping their children occupied, and staying connected with friends and family when seeing them in-person is not an option.

What About Video Calls?

By now, it is almost impossible to have avoided Zooming, FaceTiming or Skyping at some point. With so much conflicting information out there, parents are wondering whether this time should fall within the WHO’s screen time guidelines, or if they should be considered in their own category.

Some research has shown that video calls can actually help a child develop certain skills. For example, in a study with 36 two-year-olds, researchers found that the children were able to learn new verbs from live instruction in-person or through a video chat, but had a more difficult time with a pre-recorded video, which highlights the difference that active vs. passive screen ime can make.

With video calls, parents are put in a tough situation. It is important for children to socialize with other people, which they are being deprived of while social distancing. Video calls are the solution to this, but that involves screens which they have been told are not good to use.

If parents are going to include children in video calls, then they should make it as active of an experience as possible. Make sure that the person you are speaking with is involving the child by asking them questions, playing peekaboo and so on, rather than having them sit there while only the adults talk.

Some creative examples of active screentime for young children are:

And once the child is starting to get restless, that is a clear sign that they have had enough screen time.

If you are allowing your child to have screen time, be on the lookout for signs that they have been using it too much. The University of Michigan has provided these warning signs of screen media addiction that parents can watch for:

As with all tools and methods available to us in this modern day, mindfulness and moderation is key.

How have you been coping with screen time during the COVID-19 crisis? Have you been making any exceptions? Let us know in the comments!

Michael writes for HiMama's early childhood education blog and ECE Weekly newsletter. When not developing content for early childhood professionals, he can usually be found out and about with his wife and daughter exploring all that Toronto has to offer, or playing music with his karaoke band.