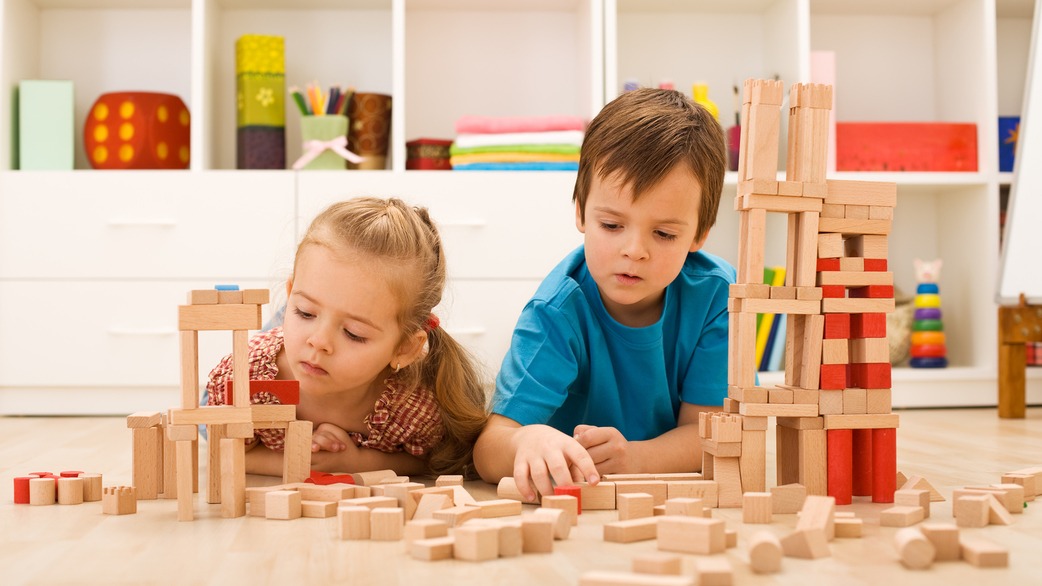 Jack Wright is a guest contributor to the HiMama blog. He is an Early Childhood Education Consultant and Presenter that is based in Montana and holds trainings through his consulting company Success with Children.

Early childhood educators use the word scaffolding regularly, but I think we could use this concept better if we discuss it more thoroughly. “Scaffolding” has been around for a long time. It appears that Jerome Bruner invented the term, but it goes back to Vygotsky’s work at the beginning of the 20th Century. Before both, John Dewey developed the phrase “growing edge” regarding education. Vygotsky made it clear that scaffolding for learning new information was to be provided at what he called the “zone of proximal development.” 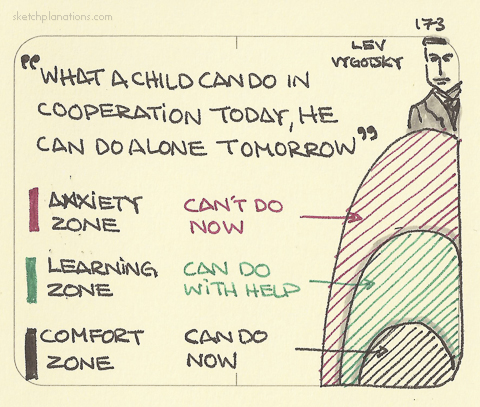 That raises the question, what is a child ready to learn. I think this question has more to do with brain development than any particular knowledge. A newborn, for instance, attends to her environment as though it is a part of herself until she has enough neural connections to realize some things move without her being involved. There was recently research suggesting that training attention, a core ingredient of learning anything, has to do with reinforcing an infant’s natural attention; this is an example of scaffolding. Trying to teach the infant to attend to something, in contrast to reinforcing their natural attention, was found to distract attention to the object, and thus not training the ability to attend.

I think that it is possible that we do too much training that isn’t in touch with a child’s interest (or abilities) and is thus not very effective as it isn’t using scaffolding. The research mentioned above called effective training of attention “synchronist,” and ineffective training “intrusive.” We may want to add the word “synchronistic” to “scaffolding,” when we are trying to educate at a child’s growing edge, which is their zone of proximal development.

It appears important to discuss these issues in a time when we see more pressure to add subjects to our curricula. I think that too often research is ignored when curricula are developed. For example, children are sometimes expected to share when they are as young as three years of age, despite research findings that children aren’t able to clearly discuss what they mean by sharing until they are at least five years old. There just aren’t adequate neural connections for that level of sophistication before that age.

When skills are taught without appropriate scaffolding, they are what Newell Kephart called “splinter skills.” He described them as skills that don’t generalize, that is, aren’t flexible enough to be used in more complex situations. For example, social skills often fail when they aren’t developed by regulating emotion and impulsivity.

Let’s consider the complexity of skills needed to eat lunch together before you are three years old. What skills does a toddler have that an early childhood caregiver can scaffold? The caregiver needs to know the level of each child’s regulation of emotion and impulsivity. This includes knowing how long a child can wait, how well their sensory system is developed (e.g. body orientation is space, reach/grasp/release, mouth sensitivity, and many things), and how difficult the food is to control.

When scaffolding isn’t well understood, I think that a good deal of punishment from frustration occurs at the lunch table in some childcare settings. In addition, not much learning is affected without appropriate scaffolding, which leads to further frustration. So much can be learned at the lunch table that I’ve suggested that mock-lunches be a frequent part of a classroom. Caretakers can be more relaxed without food at the table, one skill at a time can be the center of focus, it can all be fun—a game–and zones of proximal development can be observed.

A core assessment of whether an activity uses scaffolding is to notice the engagement levels of the child. If the child is highly engaged you are probably scaffolding appropriately. If engagement is low, reconsidering the approach makes more sense than pushing for engagement or interest. Block play can easily illustrate this concept. Children tend to engage in towers, roads, and buildings. Asking the child what block they are using is a good litmus test of their engagement and understanding levels. The child’s answer provides insight into their compehension process – i.e. size, color, shape etc. Scaffolding comes in when an educator builds from the child’s answer by offering similar or different blocks to reinforce the understanding of their play.

I could give many examples, but if the educator understands the concept of scaffolding they will assess engagement and modify their responses automatically. This is very much a skill in early childhood education that isn’t necessarily immediately tangible but has a huge impact on a child’s learning and development. In my opinion, child development and scaffolding should be on the minds of educators all the time because it is key to supporting the achievement of developmentally appropriate milestones!

To connect with Jack, you can find him on LinkedIn or email him at alexjack@blackfoot.net