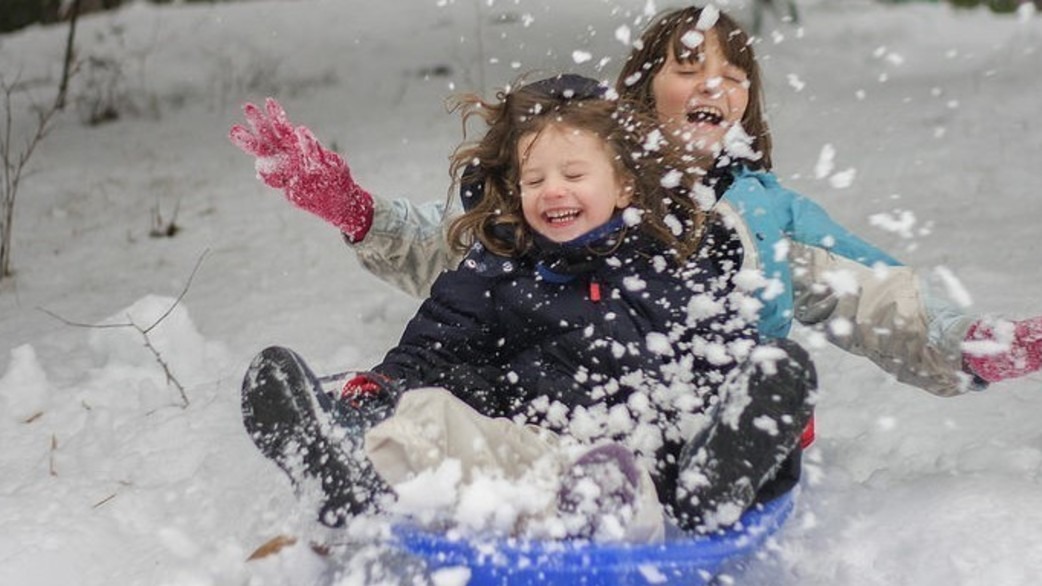 This is our second feature article from one of our ECE team members, Steven Bonnay. Steven completed his ECE diploma and postgrad certificate in autism and behaviour studies at Seneca College. He worked both at the Seneca Lab School and as a part-time field placement professor before joining our team. Today he is discussing the benefits and applications of risky play inside and outside of the classroom.

Growing up with grandparents who lived on a farm outside the city had its distinct advantages. Climbing the trees, jumping off them, getting a rope to tie onto branches to swing off from. Hopping onto a bicycle and pedaling over to the pond to try and catch frogs. This was all done without parent supervision.

What about at school? There was nothing better than playing tag and losing the catcher in the jungle gym by climbing to the highest point, jumping down, landing while going into a forward roll and running away, and leaving the catcher stuck in the jungle gym unwilling to jump after you. In a study published in the American Journal of Play, the authors write “…that children engaged in risky play primarily for the pleasant emotions aroused by mastering risks they did not think they would dare to attempt.” [1] Looking back at my experiences as a child, I completely agree with that statement. A favourite memory is sitting on the swing and trying to go higher than before.

Children are always reminding us that JOY is not in things, it’s in us. #playlaughgrow #purejoy

I digress, let’s get back to the matter at hand. Is risky play possible? Can it be done? Are we, as educators able to provide supervised opportunities for risky play?

How do you define risky play anyway? Just so that we are clear on what we are talking about, the nice folks who wrote Children’s risky play from an evolutionary perspective: The anti-phobic effects of thrilling experiences, created this chart of example risky play behavior:

Naturally, not all of these types of play are conceivably allowable in every play space. Why should risky play be a possibility in a supervised early childhood environment in the first place?

Based on the research, there is a downward trend in risky play. What’s the problem with that? As early childhood educators who are directly responsible for the safety and well-being of the children in their care, it would make sense that the decrease to potential injury would be a positive thing. While there is also a strong indication that exposure to risky play decreases phobic and anxious responses, “this article suggests that one of the most important aspects of risky play may be the anti-phobic effect of exposure to typical fear eliciting stimuli and contexts, in the combination of positive emotion and relative safety and with autonomous coping behavior” [4]. So if there is little or no exposure to risky play at a younger age, the likelihood of being capable of taking on risky play later, will also have an implication on their ability to self-manage risk exposure at an older age. So in other words, decreased exposure at a younger age will influence the ability to accurately assess or even take on risky play later on.

The writers also connect anxiety to the level of exposure to risky play; the parent/caregiver instills this fear onto the child, which they begin to internalize as anxiety. The writers also make the connection to legislature: “Overprotection through governmental control of playgrounds and exaggerated fear of playground accidents might thus result in an increase of anxiety in society. We might need to provide more stimulating environments for children, rather than hamper their development.”

Children will use the playground equipment in ways that they should not. Why? They want to feel that sensation of risk. “No matter how safe the equipment, the children’s need for excitement seems to make them use it dangerously”. [4]

As an early childhood practitioner, here are some tips on what you can do in order to promote risky play among children:

“There is evidence that children learn risk management strategies for themselves and their peers as a result of risky play experiences. Observational studies of children at play found they exposed themselves to risk but displayed clear strategies for mitigating harm” [5]

Everything is connected, not in this mystical ambiguous way but rather, in a legitimate, measurable way. Scientists observed and established that young animals in different species, as well as children, engage in risky play to learn their limits. Children nowadays spend less time outdoors and participate in less physical activity. Now we have to contend with childhood obesity and increased hours of inactivity or being sedentary. When children do engage in physical activity, it is through organized sports, not free play. The big difference being: one is structured and the other is unstructured play or interaction with the environment and peers.

The times are changing but is this change the desired purposeful change you are looking for? It appears that instinctively, as children, we test our limits to determine how far we can push ourselves. New limits are being set in the name of safety and there are demonstrated results already yielding visible repercussions. The facts are just facts until you take action.

If you’d like to learn more, here are some additional resources for you to check out: