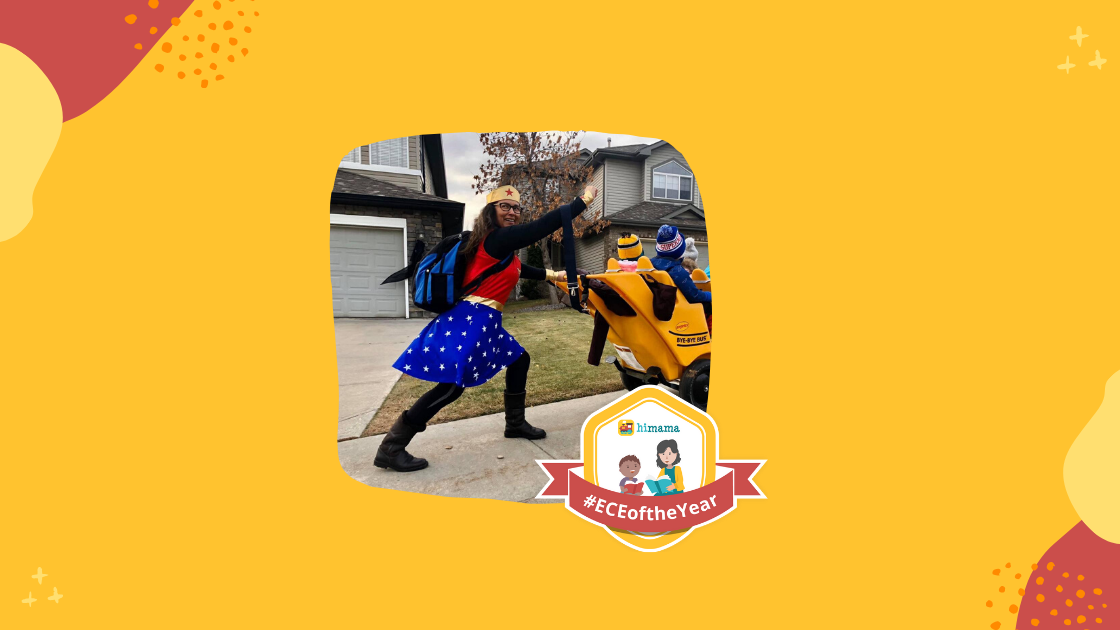 We are so excited to officially crown Nery Payne as the 2019 Early Childhood Educator of the Year!

Early childhood educators are critical to a child’s development from birth to age five, yet they are one of the most underappreciated professions. In 2015, we set out to change this by creating the ECE of the Year award to shine a spotlight on and recognize those who are making the biggest positive impact in young children’s lives.

After being nominated, an ECE’s community rallies together to collect the most votes. The ten nominees with the most votes are then reviewed by our expert judging panel, who then selects that year’s winner.

The 2019 award had an inspiring turnout of people all across the world coming together to celebrate those who are making a real difference in child care:

The 2019 ECE of the Year is Nery Payne from Growing Up Dayhome Care in Edmonton, Alberta, Canada. Nery collected a whopping 227 votes from her community — an impressive feat!

Nery’s story was one of the most moving to be shared in our nominations. After she and her son survived being kidnapped in their home country, they moved to Canada to create a better life for themselves. After all of the wonderful support her son received, Nery wanted to give back to the families and children in her community by becoming an early childhood educator.
Listen to the full story in our interview with Nery from the Preschool Podcast here:

Nery is the perfect example of the passion that ECEs all over the world bring to child care and we are so thrilled to have her as our winner for 2019. She was nominated by a parent at her dayhome, Monique, and you can view her full nomination below:

“Nery goes above and beyond in the work she does with children. She incorporates art, music, outdoor play, cooking, reading, and other activities, all while making it fun and educational. She really amazes us every day with her creativity and dedication to make it the best environment for the children. Nery is without a doubt the best early childhood educator! She is such a gem and we are beyond lucky to have her play such an important role in our sons’ lives.”

Nery faced some serious competition, and we would like to spotlight the 9 other finalists who came very close to winning here:

The Early Childhood Educator award is presented annually to an ECE making the biggest impact in their community. Subscribe to our newsletter to be the first to know when we begin accepting nominations for the 2020 award!

Michael writes for HiMama's early childhood education blog and ECE Weekly newsletter. When not developing content for early childhood professionals, he can usually be found out and about with his wife and daughter exploring all that Toronto has to offer, or playing music with his karaoke band.