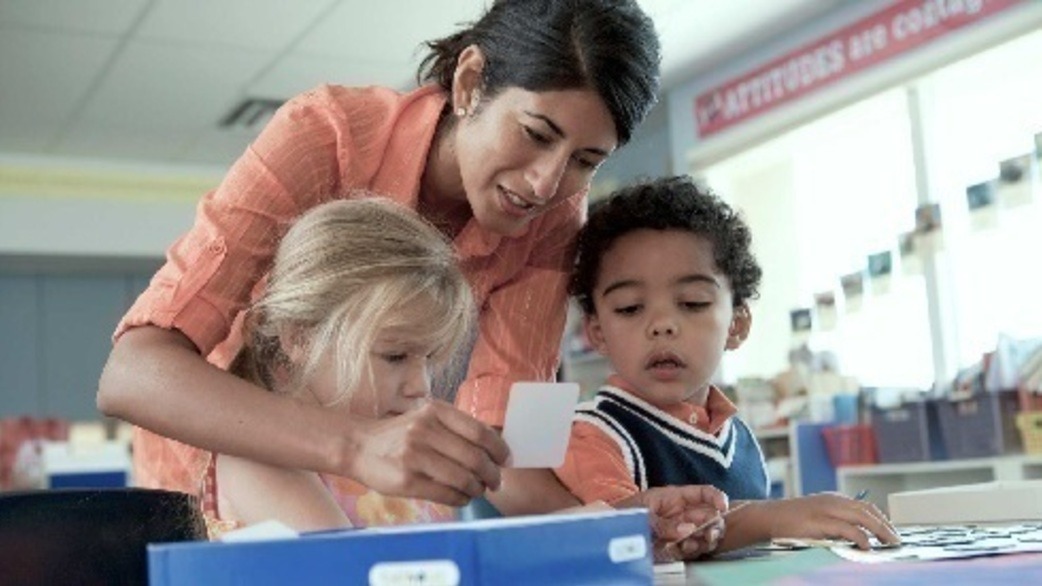 We all know that parents want the best for their children and that they have a vested interest in their education. Society as a whole cares greatly about educational standards and school quality across the country. Despite its importance, preschool education has faced difficulties in recent years due in large part to a lack of investment. The reality is that, unless investment in preschool programs is made a priority in America, the safety and quality of early years education is far from secure.

The importance of early years development is undeniable. All children are born ready to learn and, from birth until the age of five, they lay the foundations for their future. This is a critical period and education and learning support at this stage is essential for development and subsequent learning later in life. Human development is shaped by constant stimulation and, at a young age, emotional, social and academic advancement moves at a speed far greater than at any other point in life.

Numerous studies provide evidence that suggests effective early years learning and education can boost a child’s potential. As an example the Perry Preschool Study, conducted in the 1960s, followed more than 100 economically-disadvantaged children from birth through to age 40, having randomly assigned them into groups. From ages three to four, those in the interventionist group received an extra two-and-a-half hours of intensive preschool education each day. In later life, the benefits of that education shone through. As adults the interventionist group demonstrated increased earnings, lower arrests, lower welfare dependency, and decreases in behavior that could put their health at risk.

Preschool funding for 2011 to 2012 was cut by half a billion dollars across the country, and programs have yet to fully recover from the impacts. Despite some of this funding being returned, for example $116m in 2014, there is still a significant gap in funding requirements for quality preschool education in the US. With results proving the later importance of early years education, funding cuts like this make little sense and further disadvantage children who require high levels of stimulation to give them the best possible start in life.

Compared to the US, Sweden is a country where preschool teachers are recognised as a serious profession, and preschool education is even led by its own government ministry. According to analysis by Paris based think tank the Operation for Economic Co-operation and Development (OECD), Sweden’s early years education success has been achieved by “putting the child and play at the center of the curriculum”. For example, parents are heavily involved and teachers are trained to communicate effectively with them.

The differing impact of both countries’ literacy agenda is easy to see. At age 15 and older, 99% of Sweden’s population is able to read and write. By comparison, the percentage of US adults that are able to read and write is 86% – 13% less than their Swedish counterparts. This is not the only difference between the two countries. In later life, where Sweden has a prison population of just 66 adults for every 100,000 – one of the lowest in Europe – the US has an incarceration rate of 716 for every 100,000. With studies illustrating the link between poor early years education and criminal convictions, fighting crime rates must start in preschool.

High quality early years education is a basic right and should be available to every child. Children from underprivileged backgrounds, whose parents are not able to afford private education, should be able to expect the government – local or state – to provide this basic necessity for them.

Improving early years education could be achieved by direct investment in child care programs on a local or statewide level, or by giving increased funding to private preschools that have already proven their commitment to high quality preschool education. Decreases in government funding, as seen in recent years, will have an impact down the road as higher numbers of adults depend on welfare, take more risks to their health, or end up incarcerated. Leaving learning until kindergarten is leaving it too late, as children who don’t experience quality preschool education are already a step behind their peers.

There is a proverb that says, “It takes a whole village to raise a child.” In the same way, it also takes a whole society to educate one. Early years education is a priority for everyone – we need to give it the investment it deserves.