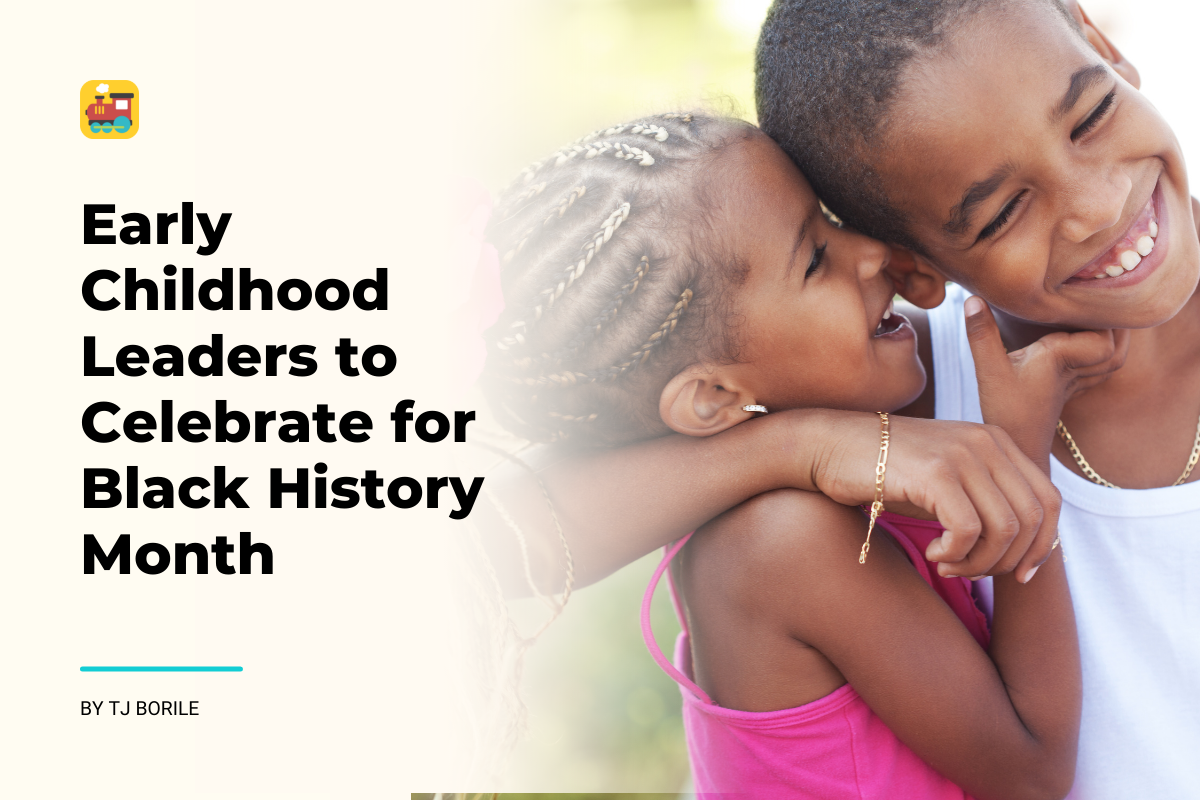 As the world moves toward a more inclusive and equitable social trajectory, there is a greater understanding that Black history need not be relegated to the month of February.

Still, at this point in time, Black History Month is a great opportunity to recognize and celebrate the contributions of Black leaders in childcare. They have shaped various portions of the sector with their research, advocacy, leadership, and heart, and they deserve the spotlight.

Below are 8 figures that have made significant contributions, and still contribute, to the evolution of early childhood education and care.

Her other literary work focused on the importance of treating children as individuals, the value of an educator’s ongoing learning, and the educator’s role in working in tandem with families. It could be argued that the modern ideological shift from childcare to family care began to gain momentum with her work.

Frieda Mitchell was an activist from South Carolina who worked to integrate the then racially segregated schools in her county. This led to her becoming one of its first Black school board members. Her influence was used to lead an organization that created community childcare centers across her state, with a focus on rural areas.

In the later years of her career, she formed the United Communities for Child Development, a program that advocated for the use of state and federal funding to support childcare programs. This was eventually replicated in surrounding states, and can be viewed as tentative steps toward universal childcare.

In the 1960s, Marlene Green founded the Black Education Project in Toronto. This initiative had educational programs, after-school programs, and summer camps for Black families. These programs assisted in the orientation of marginalized children into the Toronto school system with more ease.

Her efforts resulted in a position as the school/community relations officer at the Toronto Board of Education. There, she wrote the first report on race relations in the education system, which uncovered an imbalance in the outcomes for Black students in relation to their peers.

Fannie was an educator who established the first nursery and kindergarten class for Black children in New Orleans in the 1930s. In her early years programs, she began quality testing for children’s developmental domains, which was eventually adopted by the New Orleans school board. This aligns with the philosophy of combining quality education and care that is prevalent in the field today.

Part of her mission was to promote holistic health in children, most notably with eating habits. Her efforts led to the development of Child Health Day in the United States, which is still observed to this day.

In 2013, Rita performed a TED talk titled Every Kid Needs a Champion, detailing the importance of connection and relationship building when teaching young children. She identified the need for positive reinforcement and the role of the adult in developing a child’s self-esteem, alongside rote learning.

An advocate for treating children with basic human respect, her philosophies align with the pillars of how learning happens: belonging, well-being, engagement, and expression. These are the pillars that most early childhood educators are shaped with today.

A psychologist, an author, and an educator among other accomplishments, he founded Project Head Start in 1965. Based on his work about holistic development of children in Harlem, Project Head Start is a free early childhood education and care program. Its purpose is to meet the needs of preschool children from low socio-economic families. His intention was to break the cycle of poverty that existed predominantly in Black communities. Today, Project Head Start is still running and servicing many families throughout the United States.

Dr. Duodu’s 2019 TED talk, The Unlikely Scientist, illustrates the internal and external systemic challenges she faced as a young Black woman pursuing a career in science. Born and raised in a low-income neighborhood in Toronto, she was able to overcome these challenges with the help of teachers and mentors.

Currently, part of her mission is to make science accessible for children who grow up in similar social conditions – especially young girls. She has combined her passions for community work and science and is now the CEO of Visions of Science Network, a program that works with underprivileged youths to engage them in science, technology, engineering, and math.

In the 1960s, it was recognized that there was a disproportionate amount of Black children living in poverty. This put them on a trajectory toward school failure. To counter this, the Perry Preschool Project was launched which provided high-quality preschool education for these at-risk children. Dr. Moore was an educator for this project, and through her work, has become an advocate for universal childcare, literacy, and cognitive development in the early years, the allocation of federal funds for the sector, and the value of having more male educators. She approaches teaching children from a strengths-based perspective, as opposed to viewing them as having a deficit.

She currently serves as the director for the National Black Child Development Institute, where she continues her work with the same lens for equal educational opportunities for all children.

Are there any other Black leaders in early childhood that you would include on this list? Let us know in the comments so that this valuable conversation can continue!

TJ is a registered Early Childhood Educator with 5 years of experience, aspiring children's book author, and apple cider vinegar connoisseur. He loves hiking, meditation, watching animals in their natural habitat, and dancing to 90s hip hop and RNB. He currently lives in Toronto with his husband, where they have been bickering about whether they should get a dog or not for the past four years.