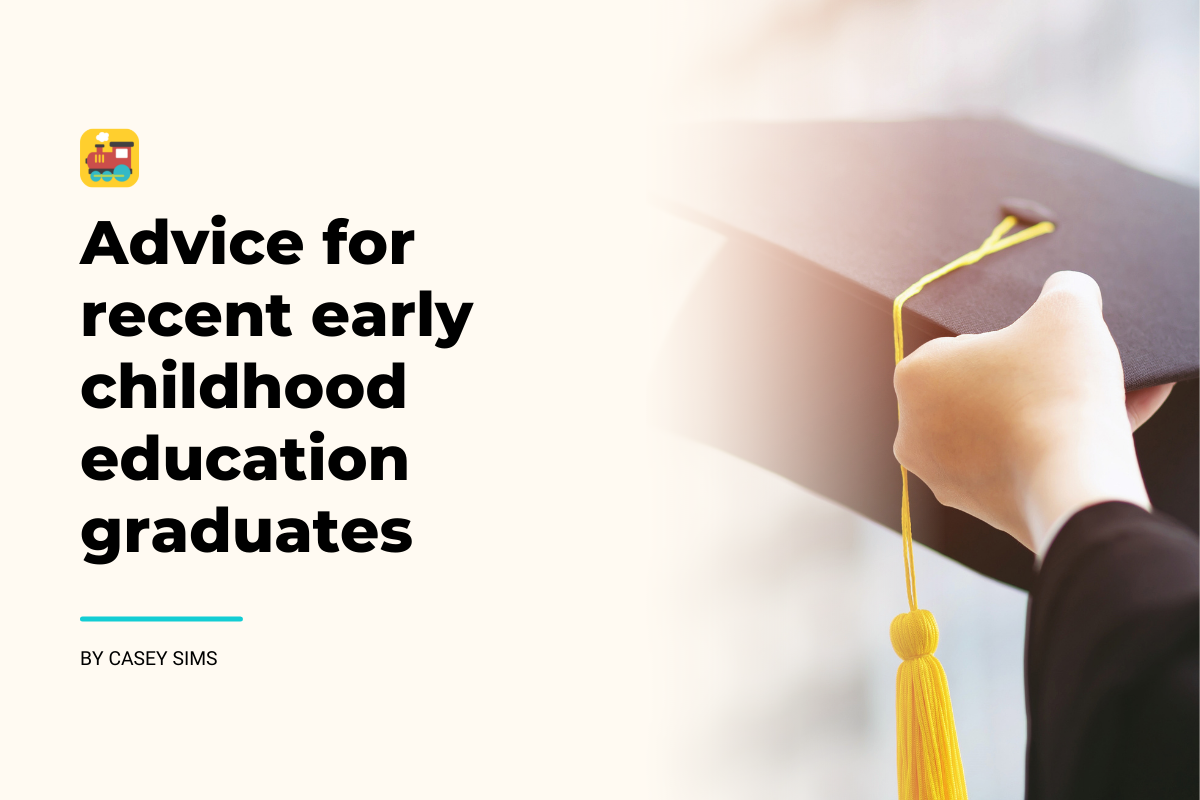 My experience as a recent graduate

While it’s been many years since I earned my undergraduate degree, I often reflect on what I wish I had known before entering my first classroom. What skills would have been helpful to know before the first day of school?

I often think about Josh, a child I taught the first year I worked in a Pre-K classroom. I had worked in another Pre-K classroom prior to this one, but this was my first year in a new center. Josh, on the other hand, had been at the center since he was a baby, so teachers that had worked in the center the longest had watched this child grow up. Even as a baby, he exhibited behavior that wasn’t typical for his development. I was told that, as an infant, he didn’t want to be touched. As he got older, he developed a really hot temper.

I consider a new classroom a fresh start for any child, and he was no exception. So, even though I had already been warned about this child’s daily behavior, I kept an open mind as I watched his interactions with his classmates and his teachers. His outbursts were frequent and, from my perspective, completely unprovoked a lot of the time. For example, one morning as he walked into the classroom, he walked past a child who complimented him on his shirt. Josh’s response was: “Don’t talk to me!”

That first week, Josh was climbing on top of the furniture, throwing toys, and screaming at everyone. His dad’s advice was to just keep a thumb on him. His former teacher’s advice was to stay close to him. Neither of these strategies sat well with me. While scaffolding and modeling appropriate problem-solving skills is a necessity, I believe a huge goal for Pre-K children is developing a sense of autonomy as they take care of their own needs and interact with their peers.

My co-teacher and I spent the majority of our days putting out fires that predominantly involved Josh. His dad worked close to the center, so he would regularly get called to come over and handle his child’s behavior. This strategy also didn’t sit well with me and only worked when his dad was around, which wasn’t the goal. To try to get Josh to calm down, I tried taking him to the playground to let it out. If he wanted to scream, he could. If he wanted to kick something, he could kick a ball. This strategy didn’t work either, because neither of those activities helped calm his highly emotional state. Truth be told, it did the opposite by keeping his heart rate elevated. Finally, with everyone’s frustration levels at an all-time high, we went to our administration asking for help.

A coordinating entity came to the classroom to help all our children learn about regulating their big emotions. While our hope was that he would benefit the most from these conversations, by the end of the year, Josh was still exactly where he started at the beginning of the year. Maybe his outbursts weren’t as aggressive and he wasn’t throwing toys anymore, but they were still very frequent and very loud.

I’ll never forget how I felt on his last day in my classroom. I was completely devastated. While I’m not typically one who gets emotional while in the classroom, I had tears in my eyes as he hugged me goodbye. I felt like a failure as a teacher. I worried about Josh and how he would transition into kindergarten.

I didn’t believe he had learned the skills he needed to be successful in his new classroom and I believed it was my fault.

For the past seven years, part of my job has been to mentor interns and observers who frequent my classroom. Having conversations with them gives me great insight into what they already know as well as what they wish they knew. What are the tricks of the trade? What are the best strategies to use in the classroom regarding classroom management?

I appreciate their perspective as they explain what their college experience has been, including prior classroom placements and courses they’re required to take. I have been shocked by how few, if any, classes offer information and strategies for managing classrooms and behaviors. Heavy emphasis is placed on the pedagogy, which is no doubt important. However, if you can’t manage your classroom, it’s nearly impossible to teach your students.

New educators should be equipped with a handful of effective strategies so they can be successful when they enter their first classroom. The sink-or-swim mentality doesn’t have to be so prevalent in our field. Effective strategies are crucial for managing classrooms so learning can take place, for children like Josh as well as educators who care about them.

Casey earned a bachelor’s degree in Early Childhood Education from The University of Alabama and a master’s degree in education from The University of West Alabama. She has been in the early childhood field for 12 years and has had the privilege of working with children ages birth to five years in various preschool settings. She is passionate about developmentally appropriate practices and making the early childhood field equitable for children and early childhood professionals alike.